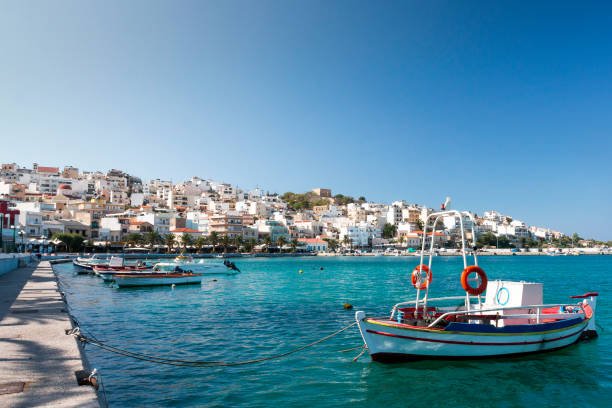 Crete is the largest and most populous of the Greek islands, as well as the Mediterranean Sea’s fifth largest island. Crete, in fact, is believed to be its own nation, and we can understand why! The island’s gorgeous 1,000-kilometer-long coastline is lined with several villages, both large and tiny, harbor ports, bays, spectacular mountainous scenery, and delectable fresh, savoury cuisine.

Although Crete shares certain similarities with other Greek islands, it has its own distinct ambiance, culture, and food.

Chania is the largest city in Western Crete and served as the island’s capital until 1971 when it was relocated to Heraklion. The aspect of the ancient town, which overlooks the Aegean Sea and is backed by the White Mountains, which are snow-capped in the winter, stems from the centuries spent under Venetian rule (1204-1645). Chania is a nice city to go around in.

On the road to Agios Nikolaos, Malia lies 37 kilometers east of Heraklion. The major road appears to split the town in two, with the older Malia at the foothills of Mount Selena and the modern Malia along the coast.

Malia is a one-of-a-kind tiny town in Crete. It was formerly famous for its tasty potatoes. But things changed, and visitors began to flock to Crete, replacing the potato fields of Malia with hotels, tavernas, and taverns of various sizes.

Rimmed by beautiful beaches and looking across scenic Mirabello Bay, Agios Nikolaos is a charming small city on the north coast of eastern Crete, about 65 kilometers east of Heraklion. Although it is definitely a tourist town, it feels much less touristy than places like Chania.

Highlights of a visit here include a stroll along Lake Voulismeni, with its many waterfront cafés and restaurants, and the nearby port area, looking out to sea. A walk around the point from the port to Kitroplatia beach takes you past two famous statues and provides stunning views out across Mirabello Bay to the towering mountains of eastern Crete.

We have listed here three of the top places which we feel are an absolute attraction, we would be covering more in our next blog so stay tuned and follow us on Instagram!!

Book a table
Go To Top